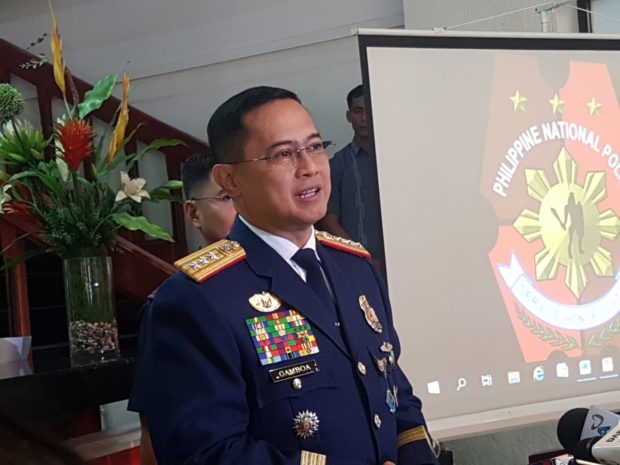 Espenido supposedly violated a gag order Gamboa had issued when he spoke out to the public about his dismay over being included to the government’s drugs watchlist.

He also claimed that his inclusion on the drugs watchlist was a result of a failure of intelligence on the part of the PNP.

He added that it will be up to Pamuspusan if Espenido will be pre-charged because of his act.

“Based on the appreciation of the explanation of Espenido, should it not convince the regional director, then an appropriate pre-charge would be executed. Otherwise, pwede ring hindi,” Gamboa told reporters in an interview at the Baguio City Police Office.

“I’m leaving it up to the regional director of Region 6 to do it,” he added.

Charges of insubordination would be too much of a punishment for Espenido, Gamboa said, as he understands the side of the beleaguered police lieutenant colonel.

“Bilang ama [As a father], I understand people because of emotions, naapektuhan ang pamilya kaya ayaw ko magsalita pero siya ang nagsalita ng una [the family had been affected that is why I do not want to talk but he was the first one who did it] so he will be dealt with accordingly,” he said.

Senator Ronald “Bato” dela Rosa, who himself was a PNP chief, earlier chided Espenido, saying that he should resign if he wants to continue speaking against the PNP.